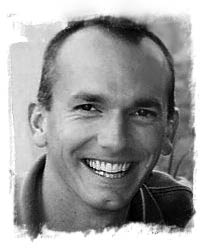 Kris Eggle was an outstanding human being, at the top of his class academically and athletically in high school and college. He was headed for a career with the National Park Service. He had served at the Sleeping Bear Dunes National Lakeshore and at Great Smoky Mountains and Canyonlands National Park. In 2000, he was assigned to Organ Pipe Cactus National Monument, west of Tucson on the U.S.-Mexican Border. This park has become one of the main routes for people and drug smuggling from Mexico.

On August 9, 2002, in an encounter with a drug smuggler, Kris was shot and killed. Read Kris’s story at www.KrisEggle.org.

For the stories of other victims of our chaotic borders and immigration policy, see www.immigrationsHumanCost.org.